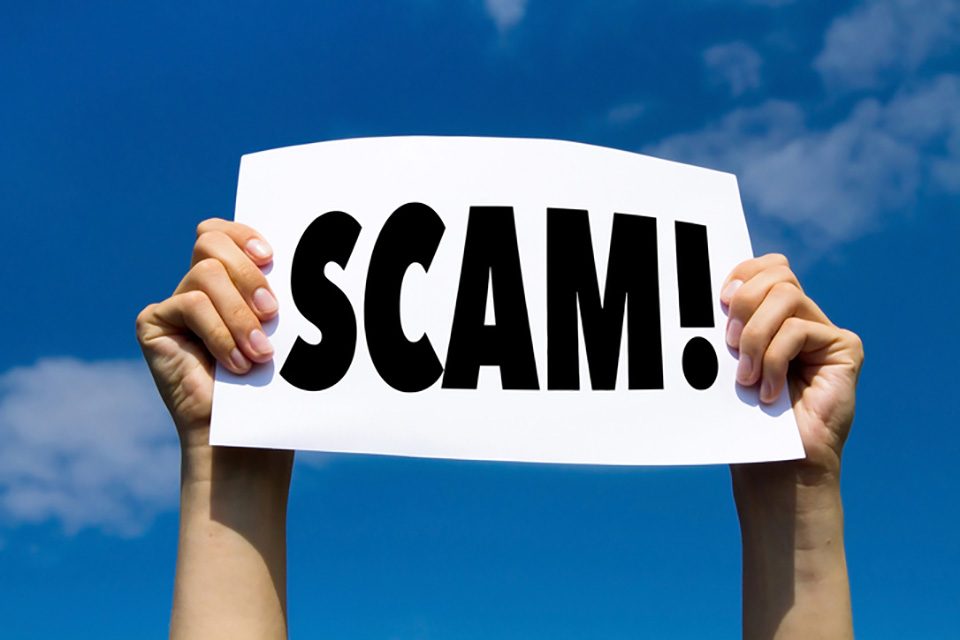 Published by johnpivovarnick on November 30, 2020

There’s been a SUPER annoying trend of people spamming and scamming me on social media and, of all places, in the chat feature on Words with Friends.

Some rando challenges you to a game. You accept, because “why not?” Suddenly, after four or five moves they start messaging you. Soon enough they’re badgering you to join them in a Google Hangout. Or to buy bitcoin, or whatever. It’s a pain in the pink parts.

So here are a few tips to let you know someone is trying to scam you on Words with Friends.

1. Name and number. They must use some sort of bot to create user handles because, invariably, they’re a name and a random string of numbers. Real people usually try to get some variation of a name without any numbers, or with cleverly used numbers to get a name they want that’s already been taken, like J0hnnyf@ce [with a zero for an o and an at symbol for an a]. It takes some thought and trial and error, so probably not randomly generated by a machine. The same is true on Twitter and other social media where you get to pick your handle.

3. Discrepancies. The account name [lisa5193] and AVI pic are female, but the display name, Alonso, is typically male. That should make you suspicious. Again, real non-binary folks make an effort to represent themselves accurately, or [if they’re not open about it] at least consistently with one set of gender identifiers so as not to raise eyebrows. Who accidentally misgenders themselves?

4. Chatting. I don’t know about you, but I play Words with Friends to play. I play a bunch of people regularly, and we chat only occasionally. So if a random stranger starts a game and starts messaging you more than generic pleasantries, you’re being sucked in. There are real people on the other end of these scam accounts, and they’ll try to sense your level of trust. Lisa/Alonzo here waited until our second game to say more than “Hi” and “Nice to meet you.” Afterward, she got a little aggressive trying to get a response out of me.

5. I admit it. Sometimes I like to toy with the scammers. It’s fun. This morning she started hinting around, trying to find out if I was employed and what sort of work I do. I obliged.

First mistake: not getting colloquial American English right. Or even British English. What lazy-ass American says, “What [is] the name of your work?” when “What do you do?” is shorter and more to the point? [You can’t go by misspellings and grammar so much, because Words with Friends messaging sucks and doesn’t auto-capitalize sentences first words or any of those amenities, plus there are people who play to learn English as a second language and also thumb typing while drinking coffee in the morning. Don’t be so judgmental, Judgy McJudgerson.]

6. Then the big mistake:

Did you spot it? Scroll back up to the first picture and come back, I’ll wait.

Here she says she’s Belgian, but living in Aberdeen, Scotland at the moment. But her info says she’s from East Texas—at a Baptist University, no less. Alarm bells! But I can’t NOT mess with her at this point. Because I am “an old,” according to my picture [and probably why I was targeted], I get all paternal and protective with that “You should be careful, there’s a lot of bitcoin scammers out there” business.

So, now I’m just asking for it, bringing up Bitcoin first—cat and mouse is fun, but I had to shower and get ready for work.

I think she played another word or two after that, but I haven’t heard from her since. Sad, really. I was winning the game.

Oh, well. I’m sure another will be along shortly.

To recap, things to watch out for:

A name with a bunch of numbers. Not proof positive, but you should be cautious.

Chattiness where chatting isn’t expected or asked or. Also not proof, but another red flag.

Inconsistencies in the profile, names, location, versus what they say to you in chat.

Digging for information. Are you at work? What do you do?

Unusual phraseology. “What [is] the name of your work?” rather than a simpler, “What do you do?” Also not proof of anything in and of itself, but the flags are adding up.

Unwanted information from them. In previous encounters with these grifters, the next step would have been, “I’m the most successful bitcoin investor in Europe” or something similar. To be followed by, “I can get you in on the ground floor of…” blah, blah, blah.

Next up, how Microsoft really doesn’t care about your computer and will not call out of the blue because they detected an issue with your hardware that they can fix remotely…