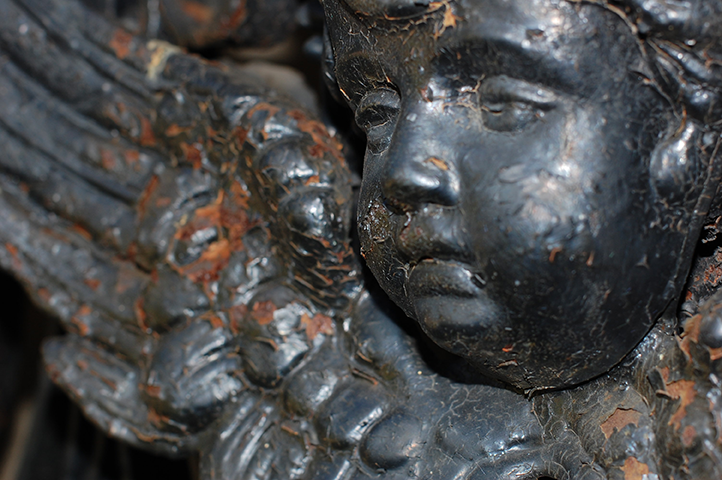 I hade a series of these [I think I was up to eight or nine] when my site blew up.] They were by way of explaining the beardy weirdo I’ve become in old age. I’ll try to recover/recreate them as best I can as time and more pressing matters allow.

This is related to last week’s “Ooh, Scary!” post. It got me ruminating on things, like my spooky side. I figured as long as I was following golden threads through the Minotaur maze of my brain, I’d take you along for the ride. I can’t guarantee it will be regular, often, or even interesting, but

As a card-carrying Atheist/Agnostic, it feels odd to admit to an interest in ghosts and spiritualism because duh. But, no, it’s not as psychotic as you might think. Atheism is not a disbelief in gods or a denial of gods; it is a lack of belief in gods. I am open to the existence of some form of deity or deities, but so far I am not convinced. And believe me, people have tried to convince me. Twelve years of Catholic education. Four more under the mind-bending influence of the Jesuits [taking the same course of study that Jesuit newbies take with the religion, biblical exegesis, and requisite philosophy]. So it’s not for lack of trying, these atheistic leanings.

However, if you look at my upbringing, there’s a strong case of nature v. nurture lurking in the shadows. I’m Carpatho–Rusyn on my father’s side; Irish on me mum’s. Carpatho as in the Carpathian mountains, home of Vlad Dracula, the Roma wandering folk, and source of all my favorite Universal Monsters. On my mother’s side, a boot-legging great grandmother who used to put a dish of milk on the back porch with a bit of whiskey, “for the wee folk,” regularly.

One of my first memories of my grandmother, Gert, was her tucking me into bed and saying, “I’m taking Einstein’s brain and putting it in your head.” This from the woman who’s favorite story to tell was how her dead husband returned from the grave one night to mend a fuse. When she sees him wearing his shabby, hitting the bars suit, she says, “Joe, why are you wearing that ugly thing?”

He replies, “Gert, you buried me in my good one.”

After he fixed the fuse, the lights in the Monsey Avenue house never flickered again… [That’s the way I was told it, anyway.]

Then there’s my Aunt Ellen [still living, thanks for asking], who when I was a snip of a child, just learning to read, would share her FATE Magazines with me.  It thrilled and horrified me. Ghosts, alien invasions, poltergeists, exorcisms, all that juicy stuff that would, in turn, color my later taste in movies and television shows.

A FATE story that I still remember to this day [if somewhat sketchily] is one about glowing aliens attacking a remote farm family in their isolated home. Windows were shot out. Children cried. Cattle were mutilated–kinda the plot to Critters, without the intergalactic police. That sort of thing sticks with you, but when you’re a child finding your way among a family of pranksters, you always have a deep-seated suspicion that whatever they’re telling you is just one more in a long series of goofs meant to make you look foolish. You hang on to everything, but skeptically.

Of course, being a child of the 60s in Northeast Pennsylvania meant hurrying home from school to watch Dark Shadows followed by Dialing for Dollars with their afternoon movie classic like Creature from the Black Lagoon, The Incredible Shrinking Man, The Mole People, IT Came from Outer Space and all that B-movie deliciousness. Lapped it up like the sponge I was in grade school. Color me creepy.

These movies and television shows [plus Lost in Space, Land of the Giants, Star Trek, Time Tunnel, Voyage to the Bottom of the Sea, The Man from U.N.C.L.E., Twilight Zone, and so on] left its mark. I collect movie posters of the movies that shaped my childhood [when I can find and/or afford them]. I still partake of Godzilla and other rubber-suited monsters. [I even had the chance to be in such a one! Not Godzilla, but close enough.] I live for scary movies, although no one seems to be making actually scary scary movies anymore.

I think the ultimate thing that shaped the person I am today was my mom. She let me read anything I wanted, as long as I was reading. ANYthing.

I remember carrying a hardcover copy of William Peter Blatty’s The Exorcist through the hallowed halls of St. Pauls School in Scranton. This was 1971-ish, so I was at best 11 years-old and probably in 6th grade. The nuns were horrified. Literally, horrified. Flabbergasted. My mother got a call, of course. Probably Sr. Mary Ryan, School Principal. I could only hear one side of the conversation, of course. It sounded something like this:

“Hello. Yes, it is. What’s the problem? I know it’s an adult book. He’s a very good reader.

My mom was awesome. My dad was, too, in his way. More about him next time.